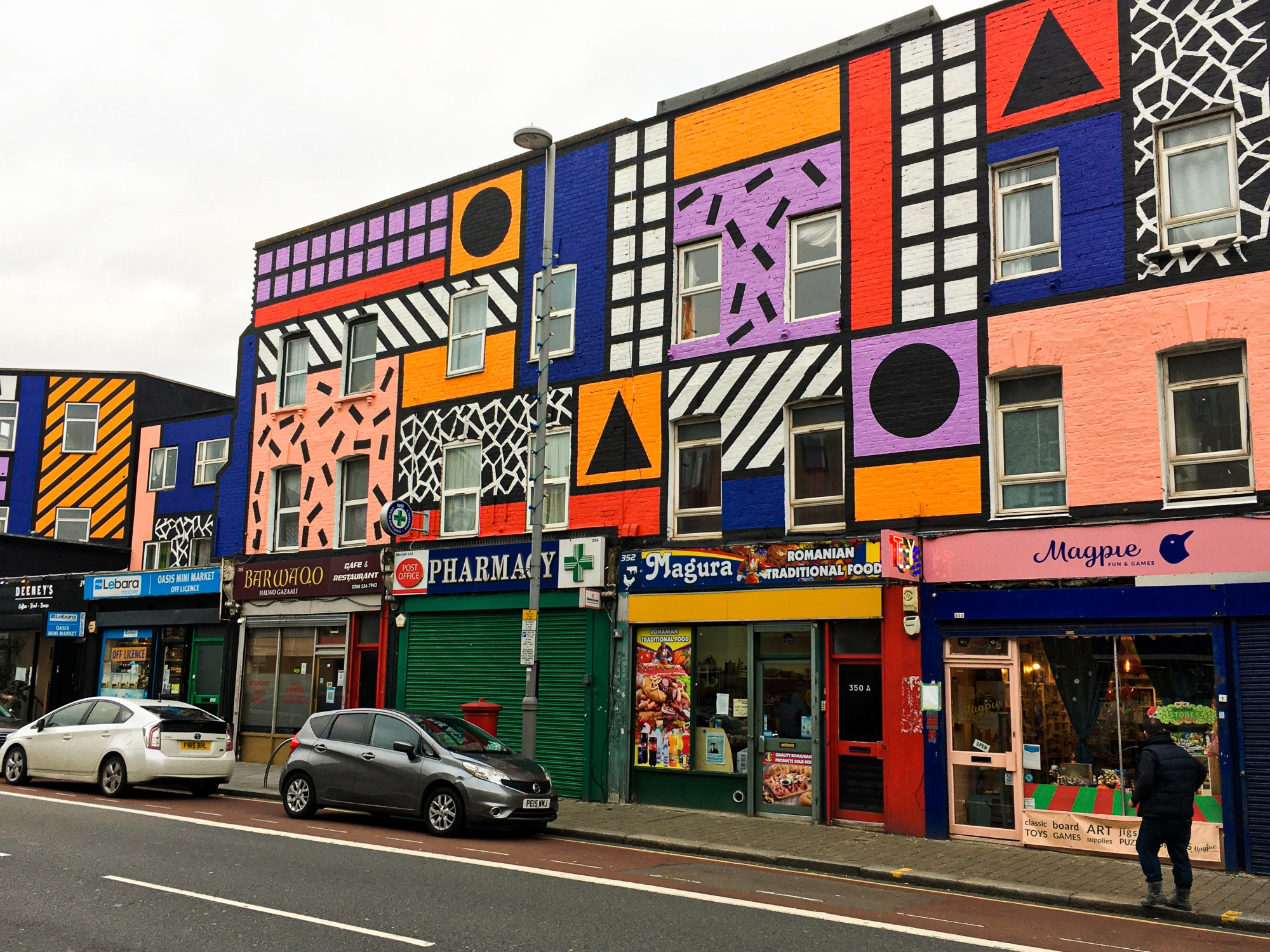 Camille Walala’s latest public art project demonstrates the power of community funded schemes breathing new life into neglected communities. The crowdfunded campaign, which raised £40,000 and gave local residents the opportunity to vote on the final design, has been one of the few uplifting stories during the pandemic.

Standing opposite the mural on Leyton High Road, a bold expression of colour adorned with Walala’s signature geometric patterns, one can’t help but notice the diversity of small businesses co-existing beside each other. From tyre repairs to cafes, a Romanian deli to a toy store, this localised initiative serves as an example for the architectural profession to be more democratic.

The architect may often believe that they’re designing a fitting scheme for the people — but what about with the people? One question that remains difficult to answer for advocates of democratic architecture is who should be involved in the decision-making process. The current climate naturally prohibits large-scale in-person group meetings, and not everyone will be technologically equipped to participate in online discussions. Language barriers may further complicate the situation, so a truly democratic process is difficult to execute.

Nevertheless, those set to be directly affected by a proposal must be meaningfully consulted. Removing the community from the process can have detrimental effects. The ongoing gentrification of Stratford, a few kilometres from Leyton, has driven many low-income families out, as developers pour into the area. With pricey mixed-use developments driving rental costs up, many are struggling to find affordable accommodation.

Innovative ways to facilitate community engagement are crucial. The conscious effort by the Walala Parade team to listen to the views of residents was the first step in encouraging a mutual dialogue between the two parties. Offering choices and explaining their impact allowed individuals to have their concerns acknowledged. After all, their insider knowledge was an invaluable part of responsive design — an outsider’s abstract assessment may not have brought about the best outcome for everyone. Not only was purpose created through their involvement in the planning process, the users of the building now display a strong sense of optimism in the belief that an area previously devoid of investment is being considered. This is evident in the increased footfall to Leyton, which is experiencing a resurgence as a trendy location for the creative industries.

Walala Parade serves as a case study to influence projects that require community consultation: social housing, leisure facilities, schools and libraries, for example. Bridging the gap by setting up a non-hierarchical steering group, to represent the opinions of community stakeholders and clients, is a step in the right direction to designing democratic structures. When a measure of power is placed in the hands of ordinary citizens, a collective agency gives rise to under-represented voices — their self and shared identity is ultimately too complex to be programmed into CAD software to create meaningful spaces.